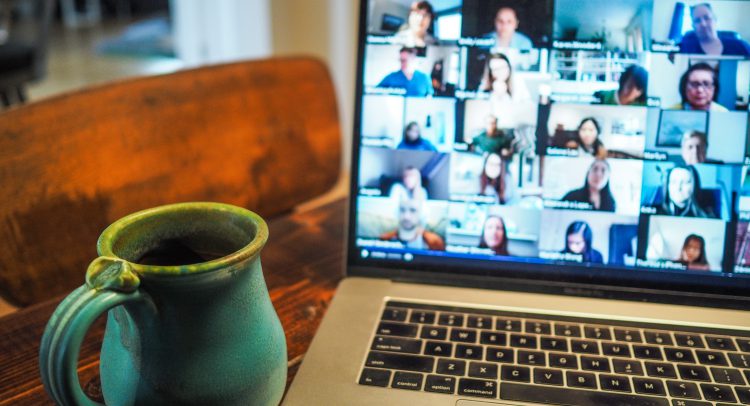 HOW LAURIER’S CO-CURRICULAR ACTIVITIES ARE TAKING PLACE DURING COVID-19.

The association, which usually works with organizations in the community, has struggled to host events and recruit members since school started in September. Arulharan says she finds it difficult to connect with people without in-person events and meetings.

“I’ve noticed this already, even shooting out emails to try to get engagement,” she says. “I think the first barrier is like, how do I make it engaging, and just knowing that people aren’t going to respond to it, it gets harder.”

Laurier student groups have been unable to meet or host events in person since the university closed its campuses in March.

“In a normal year, you have a level of in-person interaction, which holds clubs accountable, and it’s easier to get a turnout to their specific events,” says Graham Falconer, the students’ union vice-president of clubs and associations. “One main thing we’re still battling with is how we can support clubs and get the best audience we can for them and for the events that they’re holding.”

“I think it’s a lot scarier to read a piece of your writing on Zoom than it would be to do so in person. I just feel like there’s a lot more pressure and it feels kind of like people are staring at you,” she says.

Both student associations have focused more on using social media to attract and connect with more students online this year, while also hosting virtual events.

According to a study by the University of Oklahoma, online classes make many students more socially, emotionally and physically exhausted, which is being described as Zoom fatigue.

“It’s a thing a lot of students are feeling right now, so by the time it gets to these club events, a lot of people don’t necessarily want to attend them because they’re kind of done with Zoom for the day,” says Falconer.

Online classes can also be distracting for students. Arulharan says some students may end up watching Netflix or shopping online when they should be studying.

“Before you would have to get dressed, walk or drive to school and actually participate. Now, you can be in bed, open a laptop and it really takes a mentality and a process to start your day and actually stay focused,” she says.

Despite spending long hours online, McMahon says people crave connection as a result of COVID-19, and clubs are at an advantage because they can provide those connections.

“Obviously, you can’t just go and get a drink with your classmates after school,” she says. “So, it’s nice to be able to meet on Zoom and talk to people from the comfort of your own bedroom while staying safe.”

The online environment also allows more affordable ways to host events that are accessible to the majority of students, according to Falconer.

“Because things are virtual, a lot of clubs don’t have as much operating expenses as they would if they were in person. It’s much easier for a club to be like, ‘We’re going to throw this quick social together over Zoom.’ Awesome, approved,” he says.

Athletics was also affected by COVID-19 and campus closures. Peter Baxter, Laurier’s director of Athletics & Recreation says the Waterloo campus used to see 21,000 student card swipes entering the fitness centre per week. Now only about 250 students may use the facility per day.

Since the complex reopened in September, many activities are available with new protocols to limit the spread of the virus, such as requiring students to answer online screening questions before entering and cleaning spaces every 45 minutes. According to Baxter, they also offer a range of virtual programming to help students stay physically and socially active.

“Whatever activity it be, co-curricular activity like music or club activity that students put on, it’s the friendships and network that you make in those activities, and sport is a great place in which people can exchange ideas in a very open social activity,” he says.

According to a study by Asim Civitci, social activity in college can lead to lower stress, higher satisfaction and a feeling of community.

“It gives opportunities for students to grow professionally and socially,” says Falconer. which I think is a very valuable experience because it’s something else you’re working towards and working with, and you make those connections and learn those valuable skills.”

How the pandemic affected our food and shopping habits