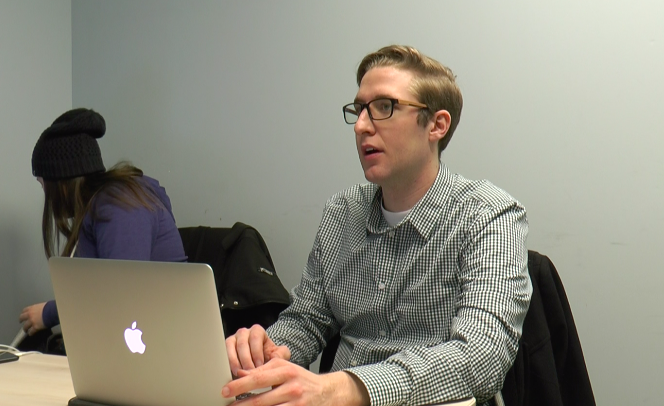 THE STIGMA MAY BE ENDING, BUT MENTAL HEALTH HAS A BIG IMPACT ON STUDENT SUCCESS.

Brady Cline likes to keep a consistent schedule. His day usually starts at 6:30 a.m. to give him enough time for coffee and breakfast before his 8 a.m. class. This is followed by a break in the afternoon to unwind, and then in the evening, he hits the books. His day usually ends around 10 p.m., to give him adequate rest for the next day. Cline, who is in his eighth and final year of a leadership and health studies undergraduate degree at Wilfrid Laurier University, in Brantford, Ont., finds that sticking to a routine helps him maintain a sense of balance, especially when things start to feel stressful.

It doesn’t always work out, though. Cline has bipolar II disorder, which is usually identified by episodes of hypomania and depression, as well as anxiety and depression. “It makes schoolwork a little bit more challenging, getting to it and having confidence in myself,” says Cline.

He isn’t alone. Mental health issues are more prevalent on campus today than ever before. While that’s good news in terms of how comfortable young people now feel discussing their mental health, it’s worrisome how many students seem to struggle without enough resources to support their success.

According to OntarioUniversities.ca, the number of post-secondary students with an identified mental health disorder has doubled over the past five years. In 2016 (the most recent year for which data is available), 46 per cent of students reported they were too depressed to function fully, while 65 per cent reported overwhelming anxiety. This is alarming considering that nearly 75 per cent of mental health problems appear before the age of 25, so students developing these problems now means it might be harder to treat or even eliminate them as they get older.

Stress is one of the major factors that can lead to poor mental health for post-secondary students, as they learn to balance assignments and readings on top of jobs, relationships and social lives. “I think that stems from how much work students get and not knowing how to properly time manage, or not knowing how to handle their stress or anxiety or even understand it,” says Nick DeSumma, a high school teacher currently getting his master’s in education at Memorial University, in St. John’s.

Sometimes, the expectations of students to achieve this balance can cause its own pressure. “There’s a lot of expectations for students to have perfect grades, while also maintaining healthy relationships and doing extracurriculars and things like that,” says Mikayla Youngson, president of the Mental Health Awareness Committee at Queen’s University, in Kingston, Ont..

The college and university years are full of transitions, which are always stressful and take a toll on one’s mental health. “It’s different from high school, where it’s smaller and you knew a lot of people,” says Lill Petrella, team lead for the mental health and education and promotion program at the Canadian Mental Health Association in Brantford. “When you go to post-secondary, it’s bigger and it’s much easier to get lost in the crowd. It’s also easy to withdraw and not get support.” Transition isn’t just a challenge for first-year students. “Fourth year is exciting because you can be going on to the next step, but it can also be challenging,” says Darla Clarkson, a mental health nurse at Laurier’s Wellness Centre on the Brantford campus.

As more young people are comfortable discussing their mental health, universities and colleges are offering a wider range of supports and resources for them. For example, at Laurier, the Food Bank partners with Peer Connect on a program called Let’s Taco ‘Bout It, offering students mental health supports alongside free tacos.

These kinds of supports are important for students like Cline, whose mental health issues are unpredictable, which can make it challenging to be successful in school. Today, his future looks promising. This is his final year for the educational portion of his degree; next year, he begins the optional co-op stream. Eventually, he wants to work in human resource management with non-profits and charities or somewhere in the health-care system. Over the years, thanks to medication and various supports and resources, he’s learned how to work with his mental illness. But in the back of his mind, he often worries about what comes next. “It’s the uncertainty of not knowing where your mood is going to take you, that’s the scary side of the manic episodes,” says Cline. It won’t make life any easier for him, but he seems to have found a support system to get him through.