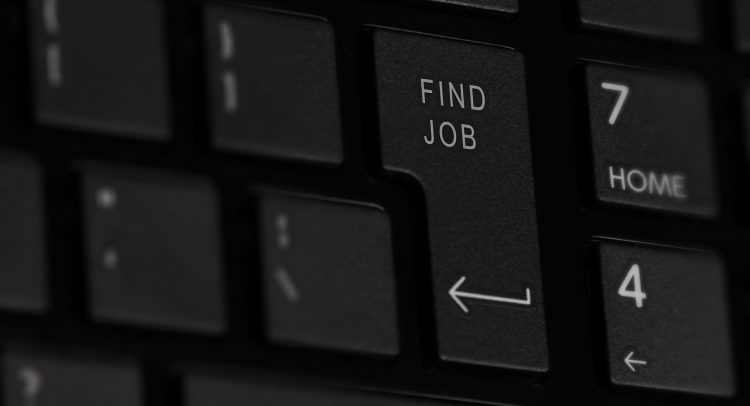 Millennials in the workplace: Mistreated and misunderstood

CANADIAN YOUTH STRUGGLE TO FIND WORK AND RESPECT IN THE WORKPLACE AS A RESULT OF STEREOTYPES AND A COMPETITIVE JOB MARKET.

When Robyn Hubinger was a full-time child and youth studies student at Brock University, in St. Catharines, Ont., in 2018, she needed a job. She was paying for her education herself, with no help from family, and needed to top up the government loans she received in order to pay for tuition and make ends meet. She felt lucky to land a job at the Subway sandwich shop on campus, where she worked anywhere from 25 to 30 hours a week and was eventually promoted to the role of supervisor, which paid just over minimum wage.

But as soon as she was promoted, her manager was fired, and all of his responsibilities were thrust onto Hubinger’s shoulders since she’d worked there for three years and understood the business. “I was doing pretty much everything that a young person, like myself, who was [basically] working minimum wage was not supposed to be doing,” she says. “Because they didn’t have anyone else, and because I knew how it worked, they put it all on me, and I was taken advantage of.”

She felt like if she turned down the extra duties, she would risk her job. She wasn’t sure she’d be able to find another one and couldn’t survive without a regular pay cheque. So, in the interest of being a good employee, Hubinger took charge of opening and closing the shop, taking inventory and making sure the store met health and safety standards. She did all this work on a supervisor’s salary—50 cents above minimum wage.

After three months of this, the shop finally hired a new manager, and while that should have made things better for Hubinger, it didn’t work out that way. The new manager cut Hubinger’s hours by half, picking up the extra shifts for herself. That didn’t sit well with Hubinger and made it nearly impossible for her to stay on top of her bills, so she ended up quitting. “She wasn’t necessarily supposed to be the one working those hours because it was a student job,” says Hubinger. “She was taking on responsibilities that were supposed to be given to the students and making them hers. That was the final point for me.”

Hubinger’s experience isn’t unique. Young people across Canada have a difficult time finding jobs. And when they do find one, the workplace can be unforgiving. Young people have been socialized to believe they are worth less and deserve less than older workers. They are often non-unionized and treated as expendable by older workers and managers who believe young people are narcissistic, lazy and feel they are entitled to more but are working less. It’s important for employers to make their workplaces more welcoming and supportive of young people because they are essential to growing and maintaining successful organizations. They have highly sought after skills and abilities that older workers don’t necessarily possess and can help organizations reach new audiences.

The first challenge young Canadians face is finding a full-time job at all. The national youth unemployment rate is significantly higher than the overall rate. According to a Statistics Canada labour survey from 2019, 11 per cent of Canada’s youth is currently unemployed compared to only 5.7 per cent of the overall working population. Career experts say this is because of a highly competitive market that makes it difficult for individuals to stand out and the pervasive negative attitudes employers have about young people’s work ethic.

In 2016, more than half of all Canadians had a post-secondary degree or diploma. “Thirty years ago, if you had a high school education, you were golden,” says Shari Baago, manager at Employment Hamilton. “Now, we see a lot of youth going to college or university, so you almost have to have a master’s or PhD to be above most of the people you are competing with.” Young people have to go the extra mile if they want to have a chance in today’s labour market. They are not only competing with other young people, but with older age groups with more experience and workplace discipline under their belt.

“People are working longer. They’re not retiring when they’re 65; therefore, they’re blocking the top of the pyramid, which means the bottom of the pyramid is also clogged. You can see it in every sector,” says Peter Lesser, career development specialist at Goodwill Career Centre in Hamilton, Ont. In this climate, setting yourself apart from the rest of the market is imperative. It is not necessarily about being the best but about being unique. “My philosophy is this: you have to brand yourself to be able to market yourself. You cannot just be another person out there looking for a job,” says Lesser. “You can’t look for work the old, traditional way of doing it. You’ve got to be different. You’ve got to market yourself.”

The struggle doesn’t end with finding a job. Young people fortunate enough to land a job face challenges in the workplace because of the negative perceptions many older people have about them. “We know that employers have this type-casting of youths — they’re lazy, they won’t come on time, they don’t do what they’re told — but we know that’s a bunch of baloney,” says Lesser. “The youth, I believe, are being just as discriminated against as the [elder] worker.”

Young people are often unfairly branded as being lazy, entitled and ungrateful. But that may say more about their working conditions than their generational attitudes. “[When youth] are treated as what they are — part-time, expendable labour that can and will be replaced at the whim of the employer — we shouldn’t be surprised if there isn’t the most enthusiastic attachment,” says James Cairns, author of The Myth of the Age of Entitlement and an associate professor in the social and environmental justice program at Wilfrid Laurier University’s campus in Brantford, Ont. “I don’t think that’s because they’re young… I think it’s because people tend to respond well to being treated well and they tend to pull back or have a harder time cooperating if they’re not treated well.”

Employers need to realize the value that youth can add to their organizations. When young people are given the opportunity to succeed in a job, they often deliver. According to the 2019 Key Performance Indicators report from Colleges Ontario, 89.6 per cent of employers who hired recent graduates from Ontario colleges are very satisfied with their work. Even though older workers don’t think they have anything to learn from young people, they’re wrong. Young people have access to different kinds of knowledge than older workers do, particularly with respect to technology and social media, which makes them valuable. An increasing number of employers are tapping into this potential by co-ordinating their recruitment with university career centres. “The knowledge [young people] bring, the skills that they’re bringing to the workplace — it’s new thinking, it’s fresh ideas,” says Jan Basso, assistant vice-president of experiential learning and career development at Laurier. “Employers just realize that there’s a lot of talent in young people that can advance the work that they’re doing and the goals they’re setting for themselves in the organization.”

Hubinger has been lucky enough to discover that for herself. She currently has a job she is passionate about at an organization that values her. She’s an early childhood educator at Toks Christian Daycare in St. Catharines. She’s also finishing up an early childhood education diploma at Mohawk College, in Hamilton, which puts her one step closer to her dream of running her own daycare. “I need [my daycare] to be something that’s a little bit more meaningful, that actually helps the children and maybe is not a hindrance to the parents as well,” says Hubinger. “[I want to ] find a balance where it’s not expensive for them to send their kids so that they can continue to make that income and provide for them. Now it’s just trying to figure out how to plan that out.”

Loneliness in a pandemic