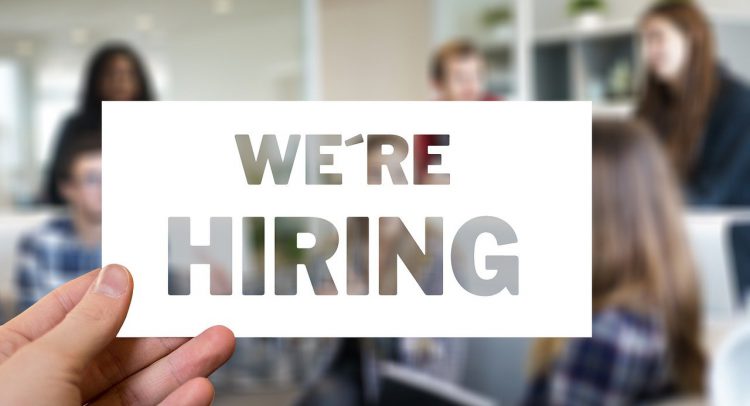 Co-ops and placements are crucial for student success

WHY ALL POST-SECONDARY STUDENTS SHOULD BE OFFERED ON-THE-JOB LEARNING.

Like many children, Taylor McDonald dreamed of becoming a teacher at a young age. “One of the most positive things is the impact you have on students beyond the classroom,” says the 22-year-old concurrent education student at Brock University’s campus in Hamilton, Ont. “Obviously, you’re impacting their learning and their development as a person in our world, but you’re also impacting them as a citizen of our world.” Of course, she didn’t really understand what the job entailed or the challenges that came with it yet. Would she actually like being a teacher?

She found out this year when, as part of her schooling, she started her first placement. The Holy Name of Jesus Catholic Elementary School is located in downtown Hamilton, a neighbourhood in transition from a rough, rundown place with broken sidewalks and damaged storefronts to a vibrant community, filled with art galleries, expensive coffee shops and a growing number of independent businesses. It was not the sort of neighbourhood McDonald was used to. “I’m from a very different background than what these students and some teachers are, so it allows me to challenge my own conception of what childhood is and what teaching in a higher socioeconomical school is like,” she says. “I really have to rethink how I go in each day and face those challenges as they come.” The experience, while challenging, has confirmed her desire to become a teacher. Her placement has given her a chance to see what the day-to-day work is like and helped build her resume.

Placements are mandatory for teacher candidates for just that reason: they give students a chance to experience what the job is like and how it may be different from what they imagine. It’s a crucial experiential learning opportunity that more students, in all programs, should have. Not only will the experience increase their chance of being hired, but it also lets them test drive a career before signing on to it.

Most post-secondary institutions now offer co-op, placements or other types of on-the-job learning experiences. They’re often in professional programs such as business, law and medicine but are increasingly being offered in other programs, such as journalism and education, as students and parents lobby for them. The number of students participating in co-op has continued to rise since the early 1990s.

In 2015, the most recent year for which data is available, 46 per cent of post-secondary school graduates had participated in co-op, and 90 per cent of those same graduates were employed within three years after graduation. Students see placements as a way to improve their chances of being hired after graduation. Employers like them because they bring in students eager for on-the-job training who may turn out to be their next full-time hires.

Placements give students the opportunity to apply what they’ve learned in the classroom to the real world. “A huge benefit to them being in placements is the ability to see all of the pieces come into place,” says Keri Ewart, one of McDonald’s professors at Brock. “It’s not just the classroom teacher — there’s the special education teacher, the speech and language pathologist and so on. There’s lots of people who make the entire classroom.”

Co-op positions and placements also help students make real-world connections in their field. Brian Spilak, senior vice-president at Cooper Equipment Rentals, in Mississauga, Ont., says cultivating a broad network of contacts in different occupations is important. “I think the sooner that university students or college students can get themselves a LinkedIn profile, which is the social media piece for business professionals, I think they would be farther ahead if they were to do that.”

Students see on-the-job experience as one way to gain an advantage in the workforce. “I believe having that training and experience prior to graduation is crucial, especially in today’s world and how competitive it looks,” says Paul McCaffrey, a fourth-year business technology management student who’s enrolled in the co-op program at Wilfrid Laurier University’s Brantford, Ont., campus. “Coming out of post-secondary and having that on your resume is certainly a benefit, and you get that through the co-op program.”

There are some downsides to such opportunities, however. They are often expensive and add to the length of a degree program. An eight-month co-op position costs about $800 on average, in addition to regular tuition. They also prolong a typical, four-year undergraduate degree into five years. Co-op programs are also highly competitive. Students are not simply given a position; they must have the highest grades in their program to have their top choice of a position.

Despite these drawbacks, having the opportunity to apply what you’ve learned in class to the real world is a valuable opportunity that all students should be offered. Universities are starting to recognize this and are beginning to offer placements and co-op positions in more of their programs. McDonald is quite happy with the experience her placement has given her. She values the opportunity to work in her field before completing her program and feels she prepared and eager to begin teaching her own class.