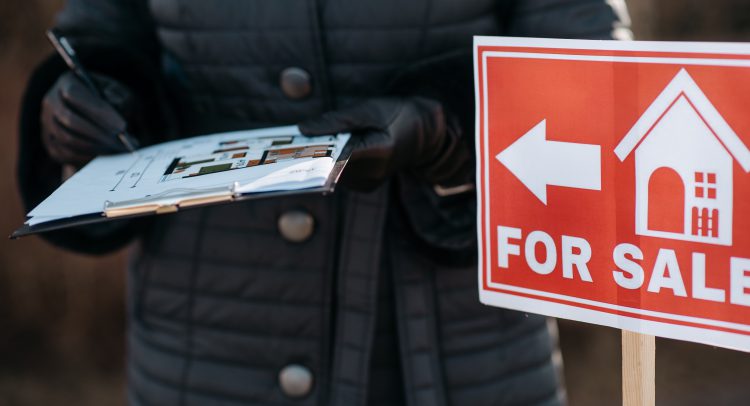 The struggle to buy your first home

FIRST-TIME HOMEBUYERS ARE AT A DISADVANTAGE IN ONTARIO’S SELLERS’ MARKET.

Host Intro: THE HOUSING MARKET IN ONTARIO IS CONTINUING TO BE A CHALLENGE FOR POTENTIAL FIRST-TIME HOMEBUYERS, FORCING THEM TO LOOK FARTHER OUTSIDE OF THE GTA OR TURN TO RENTING. DETACHED HOMES ARE BECOMING HARDER TO SECURE WITH THE DEMAND OUTWEIGHING THE SUPPLY. MASON GOODFELLOW HAS MORE ON THIS UP NEXT.

LEWIS DUNNE AND HILLARY BODENHAM ARE RENTERS IN BURLINGTON WHO RECENTLY BOUGHT THEIR FIRST HOME TOGETHER IN BRANTFORD, ONT. BUT FINDING THE IDEAL SINGLE-FAMILY DETACHED HOME WASN’T EXACTLY AN EASY PROCESS.

Lewis Dunne: I think we thought Brantford was going to be cheaper in terms of house prices and kind of got a slap in the face in the first week, kind of a real reality check after that second house. But the benefit with Brantford is we’re paying the same price that we probably would have paid around Burlington but we’re not paying condo fees, and that was one of the main things for us.

Hillary Bodenham: The listing price is definitely not something you can overly trust right now. I think for us, it was, you know, we went ahead with a pre-approval, we knew, kind of knew, where our budget was, and then you’d go and you’d, you know, go to the open house and you’d go to a viewing and within 24 hours, you’d find out that you were $200,000 short on your offer.

LEWIS AND HILLARY’S SEARCH FOR THEIR FIRST HOME DIDN’T COME WITHOUT A CHALLENGE. THEIR FIRST TWO OFFERS WERE BEAT OUT BY OTHER BUYERS WHO CAME IN WITH A HIGHER BID. THIS WAS DISCOURAGING FOR THE COUPLE, BUT THEY MANAGED TO WIN THEIR THIRD OFFER ON A HOME.

Hillary Bodenham: It kind of came down to: if we didn’t get this house that we secured today or last night, we were considering giving up in the next couple weeks if we didn’t find something and turn to renting.

THIS RISE IN PRICE IN CITIES OUTSIDE OF THE GTA SUCH AS BRANTFORD IS DUE TO LIMITED HOUSING INVENTORY AND LISTING PRICES BEING LOWER THE FARTHER YOU MOVE AWAY FROM TORONTO. IN JANUARY 2022, THE BRANTFORD REAL ESTATE ASSOCIATION REPORTED THAT SELLERS ARE GETTING 124.9 PER CENT OF THEIR ASKING PRICE AS BIDDING WARS ARE INCREASING CLOSING PRICES. BRIAN STOLP IS A PARIS-BASED REALTOR WHO HAS BEEN IN THE BUSINESS FOR OVER A DECADE. HE IS NOW HAVING TO DEAL WITH THE CHALLENGES OF THE HOUSING MARKET FIRST-HAND WHILE WORKING WITH HIS CLIENTS.

Brian Stolp: I have an offer out today on a property that’s listed at 550 in Paris, and there’s currently 34 offers on it. So, 33 buyers will go without getting a home tonight, and only one person will get that. So, the next one comes up, those 33 buyers still exist and are looking.

LEWIS AND HILLARY WERE LUCKY ENOUGH TO WIN THEIR BIDDING WAR ON THEIR THIRD TRY AT A HOME IN BRANTFORD, BUT THIS PROPERTY WAS WON AGAINST 16 OTHER BIDDERS ALL PUTTING OFFERS IN ON THE SAME HOME. LIMITED INVENTORY CONTINUES TO BE THE DRIVING ISSUE FOR THE ONTARIO HOUSING MARKET, WHICH IS PUTTING BUYERS AT A DISADVANTAGE.

THE HOUSING MARKET IS NOT EXPECTED TO CHANGE ANY TIME SOON. TRENDS ARE SHOWING THAT THE PRICE OF HOUSING IN ONTARIO IS EXPECTED TO CONTINUE RISING. THE ONTARIO GOVERNMENT HAS CREATED THE “MORE HOMES, MORE CHOICE: ONTARIO’S HOUSING SUPPLY ACTION PLAN” TO COMBAT THE HOUSING CRISIS. THE MINISTER OF MUNICIPAL AFFAIRS AND HOUSING, STEVE CLARK, HAS ALLOCATED $81 MILLION TO HELP MUNICIPALITIES BUILD MORE HOUSING AT A FASTER PACE, SAID SPOKESPERSON MELISSA DIAKOUMEAS.

ESSENTIALLY, THE ONTARIO GOVERNMENT INTENDS TO CUT RED TAPE AND MAKE BUILDING HOUSING QUICKER AND EASIER. CHRISTOPHER ZAKHER IS AN ECONOMIST WITH THE CANADA MORTGAGE AND HOUSING CORPORATION. HE SAYS THE PLAN SHOULD EASE PRESSURE ON THE HOUSING MARKET.

Christopher Zakher: We firmly believe at CMHC that, you know, more supply is needed, like along the housing continuum, whether it be, like, rental or home ownership housing. And I think that’s, you know, like, that is one of the most crucial elements, I think in bringing, restoring some sort of balance to, to the markets…. When you have demand growing at a clip of 30 per cent and supply only responding by six per cent, that’s a big, that’s a massive imbalance. And so, any efforts really to kind of streamline the process of bringing more supply on deck is very very important.

PHIL SOPER IS THE PRESIDENT AND CEO OF ROYAL LEPAGE AND HE SAYS THAT THE GOVERNMENT COULD HAVE SEEN THIS INVENTORY SHORTAGE PROBLEM COMING DUE TO THE SIZE OF THE MILLENNIAL GENERATION. I WAS ABLE TO GET SOPER ON THE PHONE FOR AN INTERVIEW AS HE WAS TRAVELLING BETWEEN APPOINTMENTS, AND HE SAID THAT SOME PEOPLE DID RAISE RED FLAGS, BUT NOT ENOUGH ATTENTION WAS PAID. THIS RESULTED IN THE HOUSING SHORTAGE WE ARE FACING TODAY. THIS ISSUE WAS ONLY MADE WORSE OVER THE COURSE OF THE COVID-19 PANDEMIC AND HAS FORCED GOVERNMENTS TO MAKE NECESSARY CHANGES.

Phil Soper: So, the only solution, honestly, is increasing the number of homes that we have available for people. And it appears that the three levels of government, because it will take municipal, provincial and federal all working together, are on the same page and looking to increase supply. This is recent, it’s the last 24 months that governments have sort of woken up to just how bad the problem is.

IN A REPORT PUBLISHED BY SCOTIABANK ON JANUARY 12, 2022, CHIEF ECONOMIST JEAN-FRANCOIS PERRAULT STATED THAT ONTARIO WOULD HAVE TO BUILD OVER 650,000 HOUSING UNITS TO MEET THE NATIONAL AVERAGE FOR HOMES PER CAPITA. THROUGH THE ONTARIO HOUSING ACTION PLAN, THE PROVINCE HAS BEEN ABLE TO ACCELERATE THE CREATION OF OVER 54,000 HOUSING UNITS SINCE 2019 WHEN THE PLAN WAS RELEASED. THEY’VE BUILT ON A FRACTION OF THE REQUIRED HOUSING, AND MOST OF IT IS CONDOS AND TOWNHOUSES, LIMITING INTEREST FROM BUYERS.

Christopher Zakher: It would seem to me that, over the near term at least, that a lot of the demand, especially on the sort of side of the first-time buyer would have to be, would probably be shifting more so towards those affordable product types, like the condominium side of things and maybe like the townhouse market.

ZAKHER ALSO SAID THAT IF FIRST-TIME HOMEBUYERS ARE DETERMINED TO GET A DETACHED HOME, THEY ARE GOING TO HAVE TO LOOK OUTSIDE OF THE CORE CENTRES OF THE GTA. MUCH LIKE WHAT LEWIS AND HILLARY DID IN THE SEARCH FOR THEIR FIRST HOME.

Hillary Bodenham: I have friends who are looking who have stopped looking, because the market is just so crazy. And I just, honestly don’t see it slowing down. So, I can definitely, definitely feel for people, but you just you have to go into it so so aggressively right from the get-go otherwise, you’re gonna have a lot of disappointment.

WITH THE PROVINCIAL ELECTIONS AROUND THE CORNER, EYES ARE NOW ON THE GOVERNMENT AS THE PUBLIC WATCHES TO SEE HOW THEY ARE GOING TO DEAL WITH THE CURRENT STATE OF THE HOUSING MARKET.

FOR DMJ RADIO THIS HAS BEEN MASON GOODFELLOW.