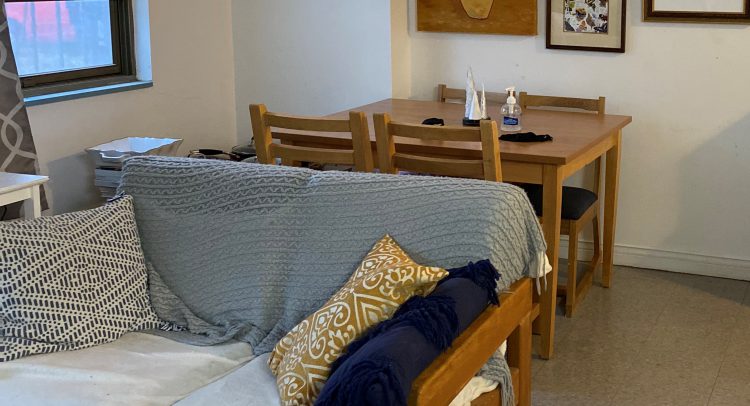 STUDENTS ARE UNSURE HOW TO APPLY SINGLE-FAMILY COVID-19 RULES FOR THEIR MULTI-ROOMMATE HOUSES.

Tori Bennet, a fourth-year Animation student at Sheridan College, was flabbergasted to find out her roommate was going on a trip to Washington, D.C., in August, during a pandemic.

This meant that when she came back, both of them would have to quarantine for 14 days, even though Bennet hadn’t gone anywhere. Thankfully, she said, she works from home, so she cancelled plans and stocked up on groceries for when her roommate returned.

“We were basically in lockdown, even though I had a bunch of plans…that was a little inconsiderate,” said Bennet.

Ontario post-secondary students are trying to follow COVID-19 restrictions but many find the rules designed for single-family homes hard to interpret for their own living situations, which often include multiple roommates living under one roof.

In September, as cases were starting to pick in the province’s full stage-three reopening, some students were moving back to campus. As restrictions tightened up at the beginning of October in hotspots such as Toronto, Ottawa, Peel and York Region, the government advised residents, including students, to stay home as much as possible.

Ontario Premier Doug Ford’s announcement came a week before many planned on travelling home to their families for reading week.

“I don’t think they’re really considering students,” said Bennet. “It feels like: ‘let’s keep everyone safe except for the people we can make money off of.’”

Students like Madi Hiscocks are trying to stay away from their roommates in an effort to maintain separate bubbles. The rules in her six-bedroom Toronto townhouse include wearing a mask anywhere outside their rooms, social distancing in common areas and allowing only significant others as guests.

Young people aren’t trying to risk the safety of themselves or others, which is why some students have allowed significant others or close friends inside their homes.

The Canadian Medical Association Journal reported that lockdown requirements and physically distancing are difficult on the mental well-being of students.

Government bodies across the world have sent out the message of connecting over social media but this can “compound feelings of difficulty concentrating, sadness and irritability.”

But according to Ontario Public Health, these students are supposed to be part of the same household bubble.

Hiscocks studies dance at Ryerson University and in November will be a part of an in-person class. She is concerned about how to follow the household bubble recommendation, as she will be coming in contact with people outside of her house.

For the most part, students said they self-govern their houses and try to compromise on rules to make everyone comfortable, but restrictions often create tension between friends and family.

“I just moved into this house because the previous house I lived at, they [my roommates] didn’t sanitize, didn’t clean and were not always wearing their mask,” said Akanksha Lamba, a post-graduate student in Writing and Communications at Humber College in Toronto.

Students who are lucky enough to live with friends said conversations about COVID-19 have been easy to navigate.

Leo Lau, a second-year Chemical Engineering student at the University of Ottawa, said there was an understanding with his housemates and one other house that they were in the same bubble. He said they are all conscious of the government’s messaging and feel this still follows the guidelines.

“He [Doug Ford] is over exaggerating a little bit to make people aware of the situation,” said Lau. “What he is saying, is take precautions and be careful of what you are doing.”

Raywat Deonandan, an epidemiologist and associate professor at UOttawa, said he believes there is a temptation to blame younger people for being irresponsible.

“That demographic are less likely to socially distance but are also more likely to be frontline workers or living in temporary conditions,” said Deonandan.

He accepts that public health rules are not perfect and will not apply to everyone but said the more layers of protection people follow will result in fewer holes in the system.

According to Ontario Public Health, the main way COVID-19 travels is via respiratory droplets, but the potential of airborne spread through aerosols could increase transmission. A rule in many student houses is wearing a mask, but Deonandan said this is only a partial fix.

“If it’s a small setting, well, mask wearing helps, but it’s not a panacea,” he said. “Originally, we thought it would be sufficient, but as we’ve seen from the restaurants and bars, those outbreaks that are happening are driven in no small part by aerosol transmission.”

That means if one student in a house becomes sick with COVID-19, it is likely the rest of the house will also test positive.