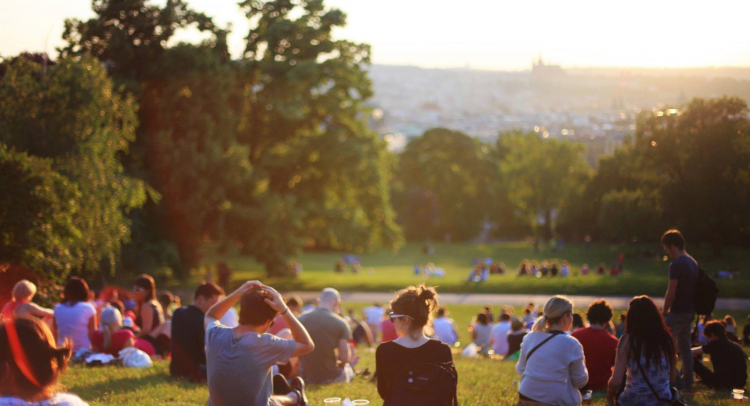 Community spirit and support during the pandemic

HOW THE PANDEMIC HAS TAKEN A TOLL ON RURAL COMMUNITY EVENTS.

Trevor Thompson: So, I think, like, a lot of small communities, the events we really look forward to are really community driven. And for a large part, agricultural based, there’s the Cherry Fest, which comes up every July, which kind of coincides with the cherry harvest, which historically had been a big thing in South Kent, not quite as much in the last couple of decades. But still, there’s Cherry Fest. There is, we have a big car show in around Father’s Day for Blenheim. Erieau has their Art in the Boulevard each and every year on the Civic Holiday weekend. Those are a couple of the big events throughout the summer, and in the winter months, obviously, the Santa Claus Parade is always huge. And, unfortunately, over the last year, there were some plans to try and get like a night market going in the in the winter months. And a couple other events that kind of got aborted because they couldn’t get up off the ground.

Kate Law: That was Trevor Thompson, one of three municipal councillors, and a resident of the South Kent area, talking about some of the major community run events that happen in the different towns. In the municipality of Chatham-Kent, in-person events played a large part in bringing people together. So, in a time where virtual and socially distant events have become the new norm, organizers have been experimenting with these events to create a sense of belonging in a time where people need it most.

Kate Law: The municipality of Chatham-Kent, located about three hours southwest of Toronto, is what is called a single-tier municipality. This means that former towns were amalgamated in 1998 by the Ontario government to create one municipality with one governing body. In Chatham-Kent, there are several population hubs, with the largest one being the City of Chatham. Some of the smaller population hubs in Chatham-Kent are Blenheim and Erieau, which are located in the South Kent ward, Dresden, which is located in the North Kent ward, and Wallaceburg which is a stand-alone ward.

Kate Law: Events play a large part in bringing people from the same town together. In certain places, annual events bring out crowds who have participated in that event every single year, so much so that it has become a tradition. Past Dresden Terry Fox Organizer Cindy Brewer talks about the effect the run has on the community each year.

Cindy Brewer: Typically, when we’re coming into a Terry Fox Run in Dresden, there’s a lot of excitement going on. We do barbecues before the run itself. We set up booths, we do displays, we get out in the public as much as we possibly can. And so, you know, normally there’s a lot of people that attend, usually between 300 and 350 people will attend on run day, some of them come the night before, because it’s more convenient for them. But typically, it’s a great opportunity to bring the whole family to meet a lot of people from the community that sometimes that’s the only time you see them all year. A lot of people come home and do their own with their families. And I’ve been doing that, since that since they were kids themselves. So, it’s a lot of family tradition. And it’s a lot of community pride that goes into the Terry Fox Run in Dresden.

Kate Law: Watching large groups of people gather at the Dresden Legion each year to support the Terry Fox Run and to see people cheer for everybody participating in the run really shows how events can bring a community together. In a paper published by the Alberta government in 2011, the authors talk about how “events and festivals have direct and indirect impacts on their communities through the opportunities they provide for: participation, skills development and volunteering.”

Kelly Jackson: Yeah, it went really well. We sold between adult tickets and kids tickets, we sold about almost 400, which was, we weren’t even expecting half that many. But it went really good. Support from the community was tremendous. We had a few people just they couldn’t come or just wanted to donate anyway, so they just bought tickets, and didn’t even come and pick up their dinner. And the people just donated money if they were from even further. They didn’t, they didn’t really want the dinner and they just wanted to donate.

Kate Law: Events play a large part in helping people feel like they belong somewhere. In a paper published in the journal Social Indicators Research, the authors talk about how “there is a clear link between sense of belonging and health. Mental health appears to be an important factor. Just 44% of people with ‘fair or poor’ mental health reported a positive sense of belonging.” People attending events can only add to their sense of belonging, especially in a rural community when people have more of a chance to potentially be more isolated, based off of where they live: whether that be in town, or out in the country.

Kate Law: When the COVID-19 pandemic shut down the entire world in March 2020, nobody knew how long lockdown would last. As the province wide shutdown continued, it became clear to event organizers in Chatham-Kent that things would either have to be moved online, postponed, or cancelled all together. While some events were cancelled, other events were created so that people could have something to look forward to, instead of staying in their homes. One of those events in Chatham-Kent was the May 16th Miracle. Aaron Hall, Councillor and resident for Wallaceburg, explains his involvement with the event.

Aaron Hall: That was truly one of those events that brought everyone together, you know, and, again, you know, similar to what, like, I mentioned about the farmers market about having to pivot and adjust to how you do things like that was like a was a prime example. You know, that was really uncertain times at that point, you know, about how to do all that safely. And, you know, taking care of some people that are that are vulnerable, and maybe not in a great position. You know, there’s just people in need, right, so how did that all come together? It was really cool to see I know, Dana and I, we volunteered to like pick up donations on the day of there to you know, gather them up and it was just that was it that was cool for us to do we just kind of did our neighbourhood here in Wallaceburg. And I mean, that was happening all over you know, every single neighbourhood and Chatham-Kent right so it was while you were doing it, you know it you know, it was just like kind of like it was just a job to do you know, it’s fine. It was a thankfully it was a nice day that day too. But it was really it really started to hit home when you when you started seeing the photos and the stuff and stuff on social media from everywhere else because like it was happening everywhere right? And the community really stepped up with that and it was really cool to see and really historic you know what I mean? Like I don’t I forget what the numbers were but it you know broke like all these records and which was really cool but and then from there to it. It kind of sparked the idea to happen in other communities like outside of Chatham Kent, right? Like I think it happened in like Windsor Essex and I think it went up to like Northwest Territories or something. Like there was other things so like, you know, to that’s what it’s all about, right? If you can, if you can inspire people to give back and to come together and especially now in a safe way. That’s really that’s really cool. So yeah, the organizers for that so selfless and just awesome. You know, you really can’t see him it was it was a nice boost, I guess, to not only for like the practical sense of it of raising the funds, getting the food donations for people in need, but just the overall sense of unity I think that it created was, it was really inspiring and hopefully long lasting and for our community.

Kate Law: Greg Hetherington, radio host for 99.1 CKSX in Wallaceburg, and General Manager for Five Amigos Broadcasting, also shares his perspective on the May 16th Miracle.

Greg Hetherington: I couldn’t believe the response that the May 16 Miracle got, by far, top three events I’ve ever seen in childcare. I don’t know what’s better than that. But I thought I’m safe by saying top three because it was incredible, of all the things I’ve seen.

Kate Law: Cindy Brewer, Past Organizer for the Dresden Terry Fox Run, talks about the community support the run received for its 25th anniversary in 2020.

Cindy Brewer: There was, yes, I mean, you would get a sense not that we get to see people very often but when you did, people seem to be genuinely concerned. They were worried about us, because they knew that it was our 25th anniversary, and they knew that this was going to be a huge, huge year for us, and a lot of them took that to heart. And they made themselves some goals. And they decided that they were not going to let us fail, that they would see to it themselves, to make sure that we could get that done, and that we could continue to leave behind a fabulous legacy for Terry Fox in Dresden.

Kate Law: While some people may have thought that a global pandemic may have torn people apart, due to people having to take care of themselves, some people believe that the opposite happened. Chatham-Kent Mayor Darrin Canniff explains why he thinks the CK community came closer together.

Darrin Cannifff: Yes, we have, has, if during adversity, it brings people together, that in any group of individuals will get to come together towards a common cause of getting through this and not spreading the virus and helping the people that need it. I think it has. So, in its own strange way, like the May 16 Miracle and the gift is ways that community came together. But when you hear of independent organizations or something that are having trouble and healthy community rallies around, like, buy local, and I know it is working, I’ve talked to several businesses, and they’ve noticed a lot more people locally, shopping at their stores and doing things going out of their way to do that. So, it’s that community spirits, we’ve come together so I, I would say yes, it has.

Kate Law: While virtual and socially distanced events have provided people with some comfort and normalcy during the COVID-19 pandemic, and while they may have also brought the Chatham-Kent community closer together, they can never replace in person events such as the Dresden Night and Christmas Markets, which have become very popular annual events, drawing in people from all over Chatham-Kent and beyond. However, until it is safe for people to gather in groups again, people all over will have to settle for sitting by their computers and phones, waiting for a notification about another virtual event and seeing people through their screens.

Beyond scoring baskets and winning games