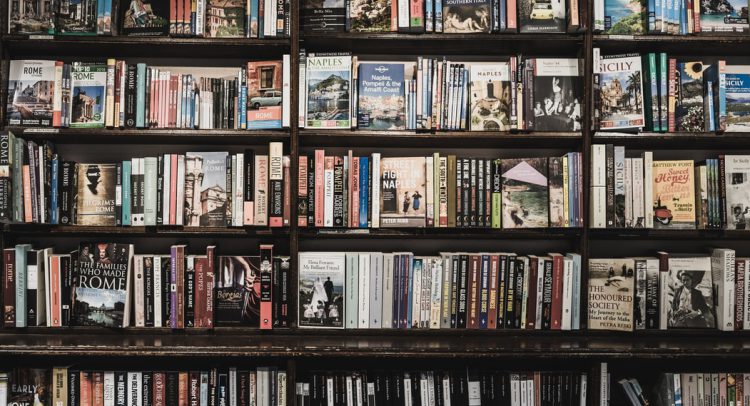 The pandemic’s impact on Canadian publishers

A LOOK AT HOW THE CANADIAN PUBLISHING INDUSTRY HAS BEEN AFFECTED BY THE COVID-19 PANDEMIC.

“I’d probably say we are down 50 per cent,” says Noelle Allen, publisher of Wolsak and Wynn, a small independent publishing house in Hamilton, Ont. “All the books we would normally bring out in spring, we delayed, and we pushed them to fall.”

Most industries have been hit hard by the COVID-19 pandemic but one industry in Canada that has been hit unexpectedly hard is publishing.

In 2018, the industry was worth $1.7 billion, according to Statistics Canada, which was a two per cent increase from 2016.

According to research from BookNet Canada, a non-profit that tracks book sales and the publishing industry, book sales were down $63 million in the first six months of 2020. From January to July 2019, 23.5 million books were sold. During the same period this year, only 20.9 million were sold.

Allen says two of the major challenges for her press, a literary press that publishes about 14 books per year, were planning and printing.

A boutique press in Hamilton, Ont., they normally publish about 10 books a year.

In recent years, the price of lumber in Canada has been too expensive for small publishers, like Bakker, to print their books in Canada. Therefore, she outsources her books to the United States but saves on shipping costs by picking the books up herself.

Bakker is unable to do that today because of the Canada-U.S border closure and so spends an additional $250 per shipment.

Another issue Bakker faces is the loss of events, which typically generate a lot of revenue from attendees buying books on the spot.

“We usually do about anywhere from 75 to 100 events a year. This year we’ve done three,” she says.

Alicia Labbe, assistant to the publisher at Black Moss Press, which publishes poetry, non-fiction, fiction and anthologies, in Windsor, Ont. says while they held the same number of events this year as last year — between five and seven — they were all online.

And while online events may be somewhat less expensive to host — they don’t need to worry about flying authors in from out of town or pay for accommodations — they cost the same to organize and aren’t the same as in-person launches or readings.

“There’s something to a live reading, where you feel this energy where the author is engaging with the audience and the audience is actively listening. You’ll see people leaning forward, you’ll hear people laughing or making other sounds, according to what the author is talking about,” she says. “The online format has really crippled that.”

However, Labbe says one positive aspect to online events is that they can reach a wider audience and be preserved for future use.

Another positive outcome of the pandemic is that people have more time to read.

David Caron, president and co-publisher of ECW Press, in Toronto, says “because the pandemic has forced people to stay home more, and forced people to have more time on their hands, it really has, in my opinion, increased the number of hours people spend reading.”

The Impact of COVID-19 on Reading survey from BookNet Canada found that between March 30 and April 9, 2020, 58 per cent of those surveyed were reading more than before because they have extra time.

Another positive, which Caron admits is still a struggle, is that publishing lends itself to being done from home.

“The work itself is remote,” he says. “If somebody sends me a manuscript, I can read it right there. I can then send a contract back to them … they can send the manuscript and they can edit it, so on and so forth. Everything that happens, can actually happen remotely… Nothing that we do needs to be hands on.”

Finding an online fitness trainer that is right for you