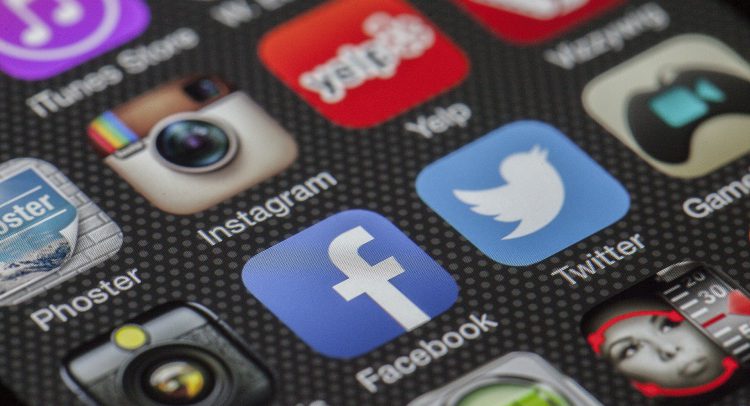 The benefits of a social media cleanse

SOME PEOPLE FIND GOING OFFLINE LETS THEM CONNECT BETTER WITH OTHERS.

For years, the first thing Emilie Audet did upon waking was reach across her bed for her phone, check the time and start scrolling. She liked seeing the abundance of notifications that had accumulated overnight. Next, she checked each app. First stop, Facebook Messenger. Then Instagram, Twitter, Facebook and, if she had enough time, YouTube. “I couldn’t believe how much time was spent on my phone,” says Audet. “I would wake up an hour before class, and 45 minutes of that was on my phone.”

This was a daily cycle for Audet, a fourth-year student in the general bachelor’s program at Wilfrid Laurier University in Brantford, Ont. It was, that is, until she woke up to something else: a realization about her social media habits. It happened when, one day, she posted a photo of herself that showed a bit of cleavage. It wasn’t outrageous but, she says, it was more seductive than her usual posts. A half-hour later, as usual, she checked the response. The comments were flattering. But something twigged in Audet’s brain. “I’m like, ‘Why do I need those?’” says Audet. “I literally walked into the bathroom, looked at myself and said, ‘You’re all over the internet, and you just did that because you wanted someone to say that you’re pretty.’” Audet broke down in tears. That’s when she decided to delete all her social media accounts.

Today, after more than five months disconnected, Audet has slowly reintroduced social media back into her life. But this time she follows strict rules. She spends no more than five minutes at a time on social media, for example, and she limits the number of selfies she posts.

Audet is not the only one to take a break from social media or to quit entirely. As more users become aware of how often they are online and of the potential negative effects of interacting with a screen instead of with real people, they are re-evaluating their social media use. Despite the “social” in social media, several young people have found that their compulsive use of Facebook, Instagram and other such sites is leading them to be unsocial in the real world.

Young people have always been the biggest users of social media. According to a 2013 Statistics Canada report, the most recent data available, 96 per cent of Canadians ages 15 to 24 use a social networking website. American research says women are more likely than men to use it, although the gender differences have become less significant over time. In 2015, the Pew Research Center reported that 68 per cent of American women used social media, compared to 62 per cent of American men. Statistics Canada’s Mark Uhrbach says a new, more detailed internet survey to be released in 2019 will provide updated Canadian numbers.

Social media addiction is a more widespread problem then many think. It is possibly “more prevalent than alcohol and drug abuse,” says James Roberts, a marketing professor at Baylor University in Waco, Texas. “Some of my research suggests that up to two-thirds of us are addicted to social media or addicted to our smartphones.” We tend to relate to social media like we do to a spoiled child, says Roberts. “You can’t just set your smartphone down, and it will sit there quiet until you want to use it next. It’s very much designed to not be ignored.”

Audet’s new rules are all about taming that spoiled child. She used to check her notifications as soon as she got them. After reintroducing social media, she takes a more relaxed approach. “If I know that I looked at it an hour ago, I doubt that anything has changed,” she says. “I don’t need to look at my phone, so what else can I do instead?”

Tavia Lajos could not wait until she turned 12. That’s when her mom said she could finally get a Facebook account. Lajos, who is now a fourth-year criminology student at Laurier, wanted Facebook so badly that she considered putting the free social media site on her 12th birthday wish list. “Everyone else had it, and that’s all people were talking about. I wanted to not be left out,” says Lajos.

Soon Lajos was a social media trendsetter. She created an Instagram account within a year of its of its 2010 release. She had just started high school, and only a couple of her friends had accounts. With just a few close friends as followers, she says, “we posted whatever we wanted. We didn’t care about likes or how we looked.” That changed when Lajos was in Grade 11. As more and more people caught onto the site, she began to watch what she posted. She now cared about what other people thought.

But last year, Lajos realized she cared too much. She had developed several bad habits. “I woke up every morning, grabbed my phone instantly and opened Instagram,” she says. That image of herself made her pause. “Like, what am I doing? I’m not even giving myself time to wake up naturally.” Recalling that her best friend had deleted Instagram, Lajos asked her how she was managing. “She told me, ‘Honestly, it’s hard sometimes because everyone is online,’” says Lajos. “When you feel like you’re not [online], you’re like, ‘Wow, I wonder what I’m missing?’”

FOMO, or the fear of missing out, is one of the most addicting features of social media says Wade Sorochan, author of Unsocial Media: Virtual World Causing Real World Anxiety. People “have this fear of missing out on something if they put their phone down for a half an hour or 10 minutes.”

Phubbing—or phone snubbing—is another major feature of social media addiction. That’s when, for example, two people are out for dinner and someone is constantly looking down at their phone and ignoring their companion. Roberts says phubbing leads to lower levels of relationship satisfaction, which can happen either in romantic or casual relationships. “When we’re distracted while we’re interacting with other people, those relationships are not as deep and as strong as ones where we invest our time and our effort,” he says. And unhappy relationships, he adds, can lead to higher levels of stress, anxiety and depression.

Are you too attached to social media?

Baylor University’s James Roberts identifies six core components  to help people to gauge how attached they are to social media. If you answer “yes” to three or more of these questions, you may need to reconsider your use of social media.

2. Euphoria: Do you depend on social media use for excitement throughout the day? E.g., I use social media when I am bored or alone.

3. Tolerance: Do you need to spend more time to get a “buzz” from social media? E.g., I find myself using social media more and more.

5. Conflict: Does your use of social media cause you trouble? E.g., My social media use has caused conflict with my friends, distracted me in class or while at work.

Third-year Laurier law and society student Thanisa Chandran decided to take a break from social media in June 2017. “It was getting overwhelming seeing people graduate,” she says. “It’s becoming real that I’m going to graduate, and I have to go out there and I don’t know where I’m going with my career.” She took a four-month hiatus until she had to rejoin for a school assignment.

For first-year Humber College film and media production student Marika de Ree, the wake-up call came after her boyfriend broke up with her unexpectedly. “I thought that if I cut that out of my life right now, I could really focus on myself and people who are important to me,” she says. “If they really do care about me, they’ll find a way to contact me without using social media.”

Fanshawe College business professor Trent Cruz says the idea of taking a break from social media, or doing a social media cleanse, is reflective of the all-or-nothing culture we live in. “It’s like a New Year’s resolution approach; instead of just drinking less, I’m going to quit drinking in January,” says Cruz. In Roberts’ view, we experience technology as a paradox: it is freeing and enslaving at the same time. “There’s a tipping point for many of us where technology and all the good things it has to offer are being replaced by an obsession or addiction for our technology.”

Lajos quit Instagram when she was in her third year, after seven years of use. “Instagram is all self-image and body, and that really doesn’t make you feel good. I just thought maybe I should take it away and see what happens,” says Lajos. So, she went cold turkey. One year later, she has no regrets. “It’s so easy,” she says. “You feel better about yourself. You don’t feel like you have to compare yourself to anyone.”

What do people like Lajos and Audet do now that they’re not tied to the small screen all the time? Well, they have more time for friends in the real world and they are learning to live in the moment. Audet recommends everyone try a social media cleanse. Technology is not all bad, she says, but the way we use it can be harmful. Now, Audet says she loves and respects herself a lot more. She says she’s excited to do another cleanse and hopes to make it an annual event, because she is bored with social media and knows how good life is without it. “When it comes down to genuine conversations, I’d rather just see you instead of messaging you on an app.”